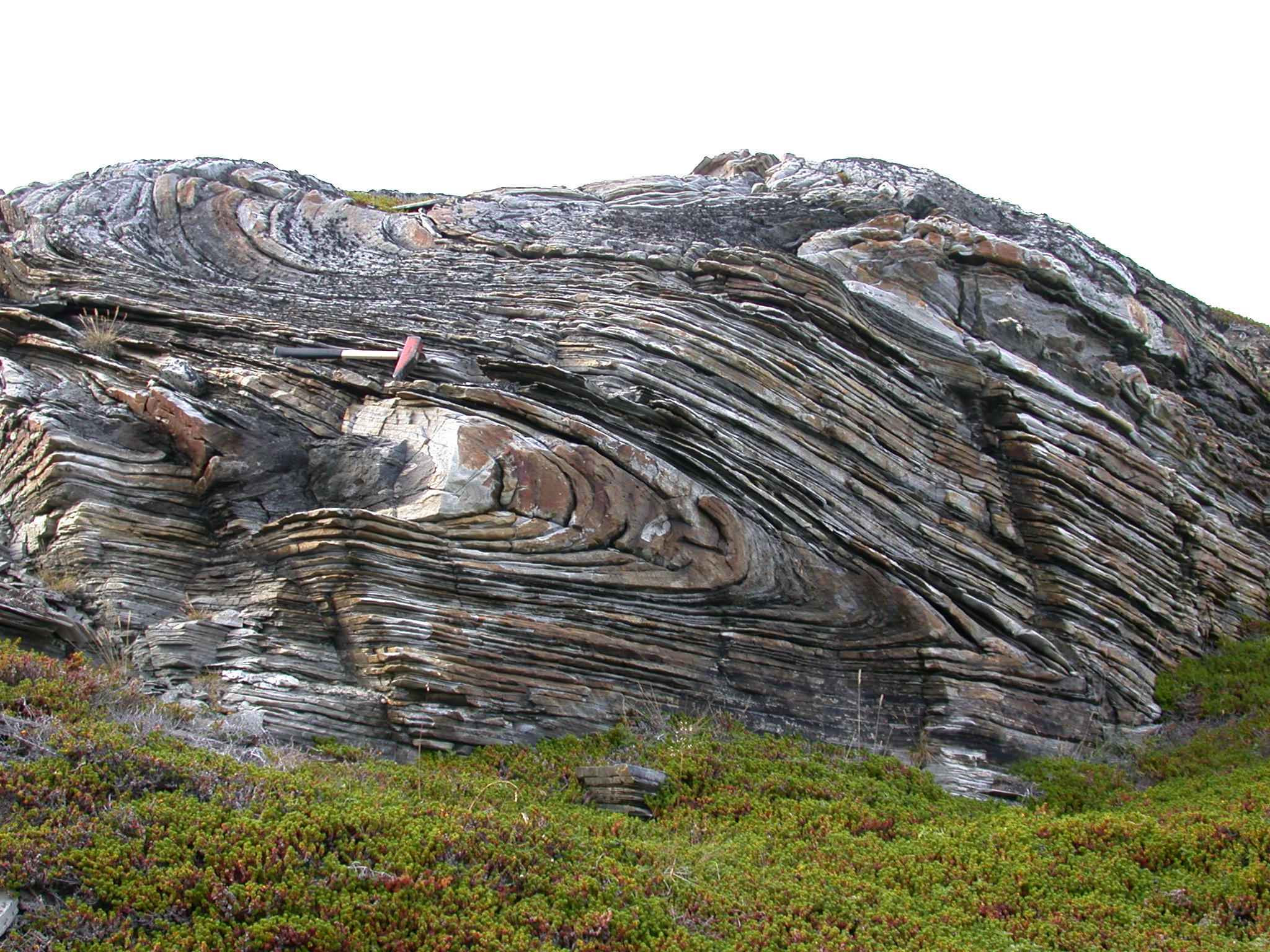 Geologic Structures are the result of powerful occurrences in the Earth called tectonic forces. Rocks form because the tectonic forces fold and break rocks. The study of these forces and what makes the structures is called Structural Geology. It deals with a variety of features ranging in size from microscopic pieces, to some large enough to span the globe. The three main types of stresses that deform rocks, compression (pushing together), tension(pulling apart), and shear(twisting or rotating.) Major geological events such as earthquakes or volcanic eruptions, are the result of plate motions like these.