WonderWorks has hidden rocks – Can you find them? 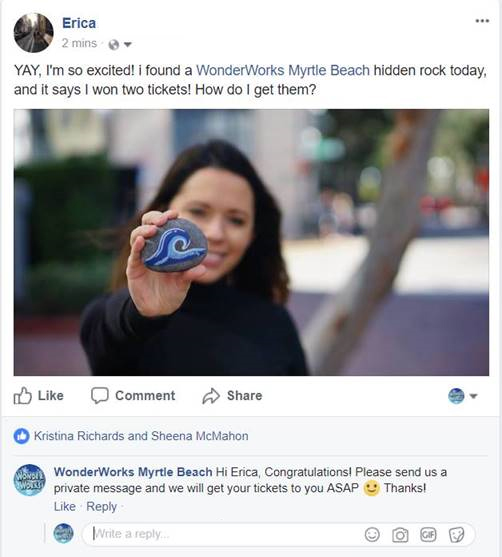 WonderWorks invites you to a game of chance or is it just luck? Keep an eye out on our Hidden Rocks promotions as we will change them up often! Did you find a rock? Tag us on Facebook of you holding the rock and bring the rock into WonderWorks to get your 2 free tickets!

WonderWorks is celebrating the Winter Solstice by hiding themed rocks all around town!

Rock Solid Facts Winter Solstice:
In the Northern Hemisphere, astronomers and scientists use the Winter Solstice as the start of the winter season, which begins on Tuesday, December 21, 2022 at 4:47 p.m. EST.